If you're in the process of buying a fifth wheel, a pickup for towing, and a hitch, don't overlook security. Running off with someone else's fifth wheel is very easy, and the last thing you need is to lose what essentially serves as your home. Here's a look at security measures that you need to take to ensure your fifth wheel doesn't leave without you.

One of the problems fifth-wheel owners face is someone literally driving off with the fifth wheel. This can happen when you've gone to run errands in the pickup truck, leaving the fifth wheel parked, or when you're sleeping and unaware of what's happening around you. Basically, they just attach the fifth wheel to the hitch they have in their truck and go. No one really notices because the whole process just looks like someone hitching up their own fifth wheel.

You may pay more for a full hitch lock -- one that doesn't allow for any attachment -- but the price is worth it when you think about all that you have in your fifth wheel, especially if that's your regular home.

Fifth wheels and RVs don't always have the best lock security off the lot. Many storage compartment keys are standardized across models, meaning you can potentially open other people's storage compartments with your key. Not only is there an object-theft risk with this, but if you store your extra hitch lock key inside the fifth wheel, an intruder can find it, unlock the hitch, and run off with your fifth wheel.

Re-key all of the locks, from exterior storage to the main deadbolt, as soon as you buy the fifth wheel. Go for the maximum security you can afford. Remember, this is not a house that is bolted to a foundation, nor is it even a mobile home that isn't on wheels. This is something that can roll and be pulled away, so spring for great locks.

Look into getting a tracking system for your fifth wheel. These systems are similar to the ones available for cars where, if the vehicle goes missing, you can call a central office to activate tracking and see where the vehicle is going. These are a great help to police, who will go after the missing vehicle if they can see where it's headed.

Along with all the locks and the tracking system, get an alarm system, especially if you use the fifth wheel as your home. These systems will alert you and a monitoring office if anyone tries to breach the fifth wheel's perimeter.

Want more information on keeping your fifth wheel where you left it? Talk to a hitch company that sells locks. They can give you more ideas for keeping everything safe while helping you choose hitch locks, new storage and door locks, and alarm and monitoring systems. It's worth it to go through those processes so you can keep your fifth wheel.

For fifth wheel hitches, contact a company such as Major Tire & Hitch Inc. 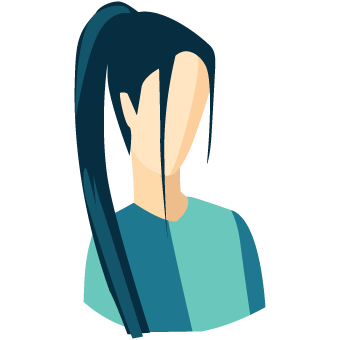 When I was a young teenager, I couldn’t wait to get my driver’s license and I hoped that my parents would buy me a new car. However, my dad bought me an old classic car that was in terrible shape instead. It looked like a piece of junk, and I was pretty disappointed. My dad thought that I’d appreciate the car more if I worked to make it driveable myself. So we worked together to restore the car. That experience taught me a lot about automobile repair and restoring cars, and that knowledge has been helpful throughout my life. I started this blog to share my knowledge of classic car restoration and automotive repair with other people who want to learn more about restoring and maintaining classic cars.